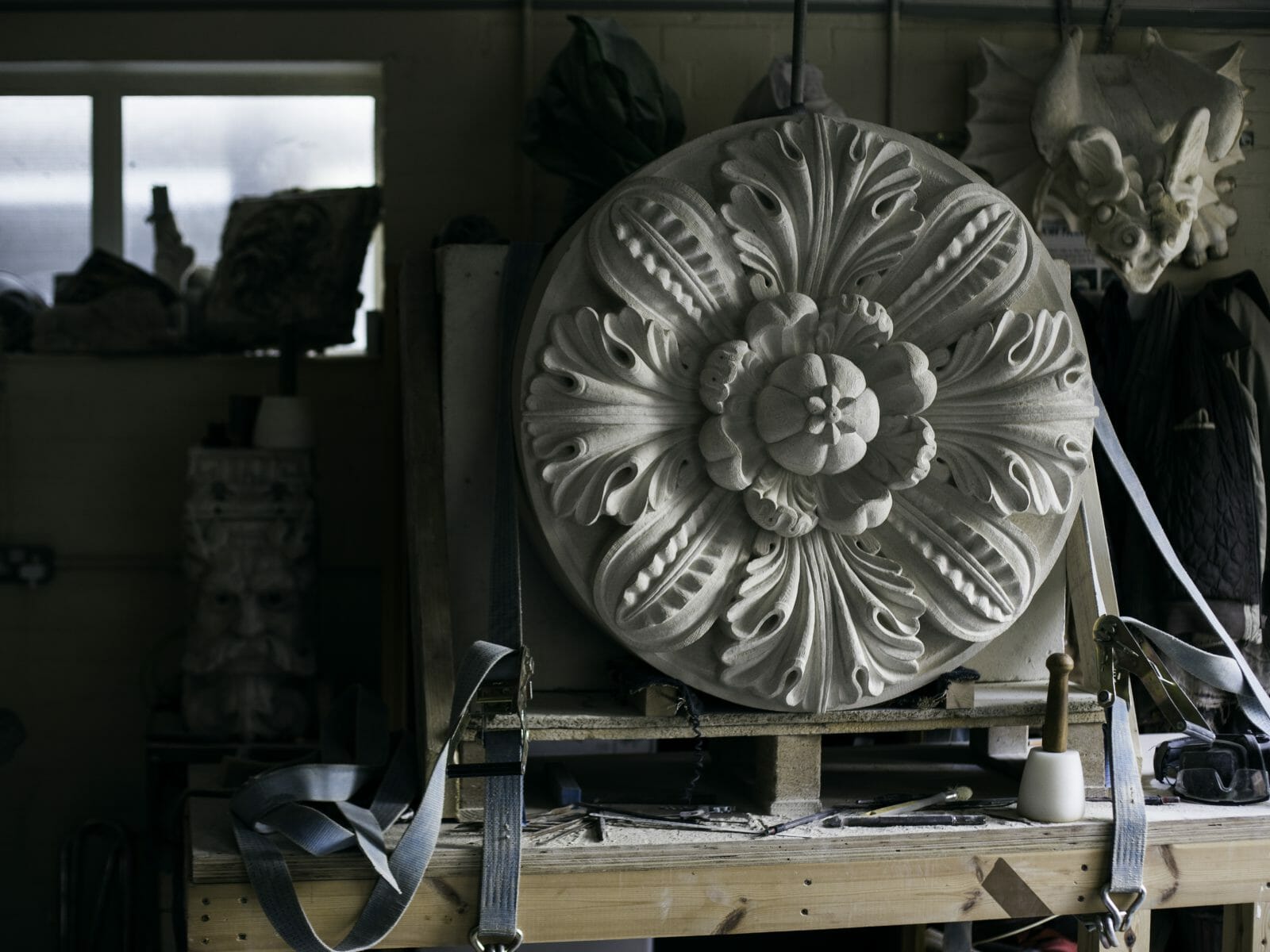 Grade 1 listed Pitzhanger manor in Ealing West London is a rare example of a spectacular Soane building largely intact which stands today as a testament to Soane’s creative genius. From 1800 to 1804 Sir John Soane, one of Britain’s most influential architects, designed and built Pitzhanger Manor Recently conserved, restored and returned to Soane’s original design, funded by a £12m building programme generously supported by the HLF, Ealing Council, ACE and many others, the manor re-opened to the public in March 2019, and now houses a gallery featuring the work of some of the world’s most prestigious artists.

London Stone Carving Ltd were honoured to be enlisted to examine and re-interpret historic drawings and paintings in order to knowledgeably and sympathetically re-design and hand-carve two large ornate ‘Soane Rose’ roundels, a recurring motif in Soane’s architecture. These roundels are now installed on the external facade of Pitzhanger manor overlooking Walpole park. We also were charged with restoring, re-carving and replacing various elements of architectural and enriched ornamental stonework which now adorn the manor’s spectacular historic exterior.

The pieces were very well received by the client and now in-situ work powerfully; catching light and shadow with dramatically enhancing the facade as Pitzhanger is approached from Walpole Park.