Jacob and the Angel 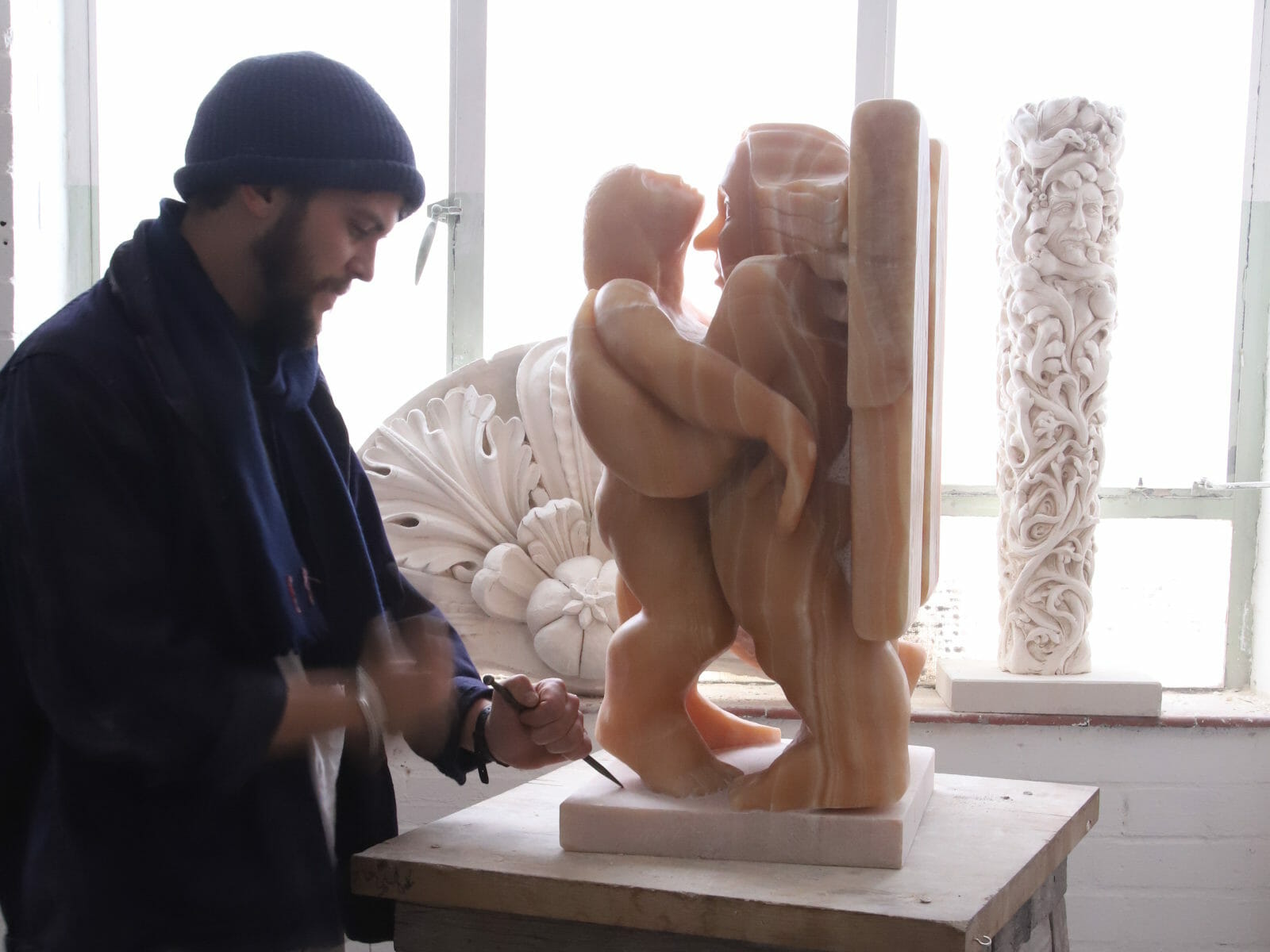 Josh was commissioned to sculpt his own version of the monumental Jacob and the Angel by Jacob Epstein. The original stands at over 3 meters tall and is on show in the Tate Britain’s permanent collection. The piece was commissioned by a collector of modernist artwork for his home. The original sculpture was carved from an enormous block of Fauld Alabaster from Nottinghamshire, now incredibly rare. We eventually decided on Macedonian Onyx for the reproduction, an incredibly hard form of marble, which shares the mesmerising translucent qualities as that of Fauld alabaster.
The onyx was an interesting material to use, requiring a different process to most marbles usually carved with chisels; the onyx’s extreme hardness meant carving was entirely executed using diamond tools.